The morale of the story

Warhammer Community has once again posted about 8th Edition. The morale of the story? Don't lose morale.

Good news. No more falling back or running away, no more sweeping advance, no more pinning, no more regrouping, etc. Morale has been simplified. At the end of every turn, you take a new morale test. Any units that suffered casualties in a turn must take a morale test. You roll D6, and add that number to the number of casualties that unit has suffered. If the sum is larger than the leadership, than deduct the leadership from that sum, and you lose that many additional models.

To give a concrete example, let's say my Veteran Guardsmen squad comes after bolter fire from Traitor Marines (what other Marines will shoot at my loyal Guardsmen?). I lose 4 of them to combined bolter fire and missile launchers and whatever. Ouch. I roll a D6 and roll a 6. So I add 4 to 6 and I have 10. Unfortunately, my leadership is 8, so I effectively lose 10-8=2 more guardsmen. 2 more Guardsmen bite the dust, in other words (represents them running away or being BLAM-ed by a Commissar). So in the end I only have 4 more Guardsmen left. Ouch. Just...ouch. Conversely, if I'm lucky enough to roll a 4 instead, I lose no Guardsmen. So it seems the new morale test is largely dependent on the dice gods.

Furthermore, it seems more punishing for...blobs? I mean, I play an armored company so I'm not worried about my Stormtroopers and Veterans who will largely move around in squads of 5 and 10, but combined squads of 50-men platoons (5 platoon squads) will suffer horrendously, will they not? I mean, even if they lose 10 men, for example, and I roll a 6. That's a whooping 16. And with a poor leadership of 8, that means they lose 8 more Guardsmen. The 50-men platoon will drop down to 32, wouldn't it? That kind of...sucks. Even if I'm lucky enough to roll 1, I'll still at least lose 3 men. What the...

Maybe the Commissar will do something about that, because thanks to the change in morale tests, I don't think the Commissar's BLAM ability will remain the same. Phew. Maybe you'll always only lose 1 model in return for not needing to take a morale test. 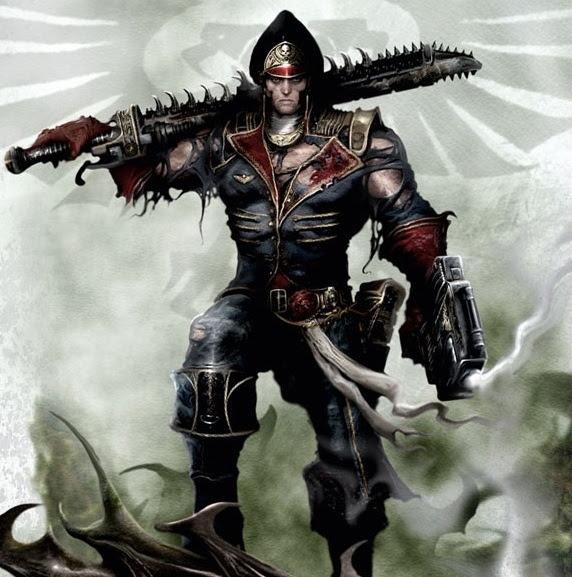 I don't think Vehicles are fearless in this edition, but thankfully you only have, what, squadrons of 3 Leman Russ tanks at most? Given how leadership is usually 8, even if I lose 1 tank, I probably will still be able to mitigate the loss. I mean, even if I roll a 6, even if I've lost 2 tanks, I'll still have a total sum of 8, which is equal to the standard Guardsmen leadership. So no loss there. Yay. My Imperial Knights and Baneblades/Stormswords and other stuff who are one-model units do not need to test for morale. YAY! So my Imperial Knight and Stormsword will effectively remain fearless. Woohoo. I suspect the same for my Onager Dunecrawler squadrons, because of their 3-Dunecrawler squadrons not needing to test because even if I roll a 6, as I said earlier, I'll only get a sum total of 8, which is the standard Skitarii leadership. WOOHOO.

Anyway, we'll get some background and lore tomorrow, which will be useful when I finally start writing Mere Mortals in the summer. For the Emperor! Oh, and it seems we'll have Battle-Forged Armies on Friday, but unless they talk about Imperial Guard and Adeptus Mechanicus armies, I'm not sure I'll be interested. I'll keep an eye out for it and keep you guys posted if they do say anything about Imperial Guard and Adeptus Mechanicus!
Posted by Tanaka Tomoyuki 田中友幸 (Real name: Tobias Fong) at 5/03/2017 02:21:00 PM