Sorry for not posting for so long. It's unfortunate, but I got caught by university stuff and writing obligations. Had to redo my proposal a few times, spend a few weeks (or months) reading, as well as trying to write a new story from scratch. Before you ask, it's a trashy story not worth reading and nobody is interested in it (at least nobody in Warhammer 40,000, anyway, it's meant to be Japanese light novel styled, so basically...yeah, just call me an edgy weeb). Also, suffered from some depression, especially because some readers on the writing website I post on gave me lots of grief for my writing. I know I suck at writing, but damn, those guys really should lay off on the insults. If you hate my stories, then don't read them. Is there a need to leave nasty comments? I'm human too, you know.

Sorry for rambling. Don't mind me. But thanks to me being so busy, I couldn't even get excited about the latest Crucible of Retribution book in Adeptus Titanicus. The story didn't even appeal to me. I probably was looking forward to Schism of Mars, and when I learned that there was nothing new in there - no new Titans, no new Knights, I was disappointed. Where were the Knights Magaera and Styrix, where were the Knights Atrapos that we saw in Defense of Ryza? The story was about a bunch of forge worlds I had never heard before (with the exception of Graia and Urdesh - which was cool, especially since I am a fan of Dan Abenett's Gaunt's Ghosts series). But I really couldn't get excited about it because there were no major stakes, not like those that got referenced in the Horus Heresy novels such as Titandeath and Doom of Molech. Hell, even Ryza was cool because of all the plasma technology and how famous of a forge world it was. But the Crucible of Retribution felt flat somehow. That was why I ended up not posting about it, because it just didn't get me enthusiastic. Couple that with depression...and you know how it goes. I did preorder it on Saturday, though, and I'll go through the story and write about it if I feel motivated enough. Sigh.

I was also supposed to post about the Imperial Armor Compendium yesterday, but I got a little depressed when I saw that Death Korps of Krieg Grenadiers were removed, along with the Leman Russ Annihilator and Leman Russ Conqueror. Well, seems like those are being moved to Legends, and the Grenadiers will most likely be folded into Militarum Tempestus Scions (same treatment as Kasrkins, I suppose). I was a bit cheered up when I saw the Stormblade, Carnodon, Vendetta and Secutarii Hoplites, which are a major part of my army, but ultimately I didn't really have the motivation to post, especially since I had to deal with a pretty condescending reader yesterday - a bugger who even falsely accused me of deleting one of his comments (why would I do that but not delete his other 30 comments?) and slandered me right in the front page of my story. My apologies. Sigh. It has really been a depressing couple of months.

But this news on Warhammer Community really cheered me up. We are getting Knights Magara and Styrix for Adeptus Titanicus! WOOHOO! 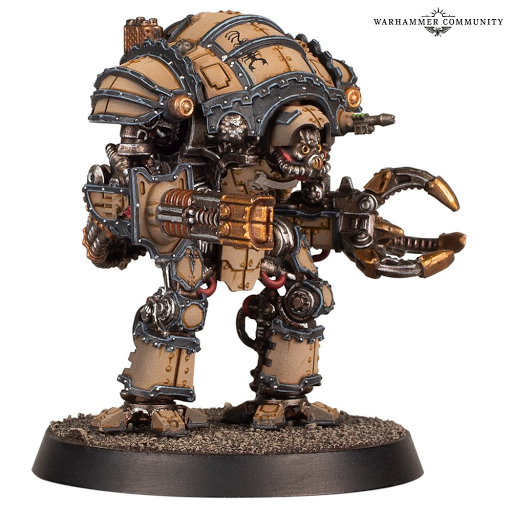 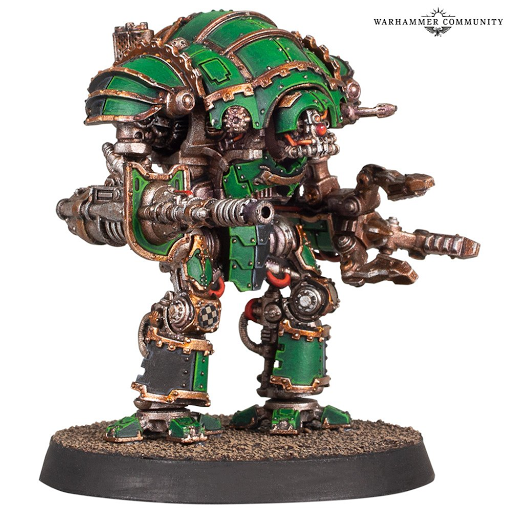 They look really awesome! I'll definitely be getting them for my Knight Household Army, which also represents my Knight House in the far future of the 41st Millennium. I don't have space or money to buy the actual Knights from Forge World, so I'll content myself with these little guys for Adeptus Titancus! YES!
Now, let's have a look at their rules. 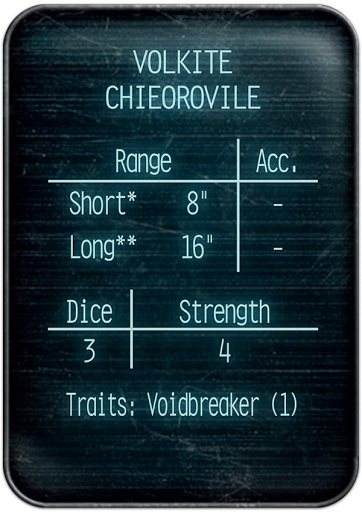 My favorite volkite weapons! Yay! Hmm, interestingly enough, it has pretty low Strength, with a value of 4. Decent number of shots, 3, which means up to 12 in a banner of 4 Knights Stryrix (which I'll definitely get). Not only that, they have Voidbreaker, which means Titans must roll an extra dice whenever they take shield saves. Hah! That will make for effective shield-stripping! Not bad!
Seems like the their graviton guns have the concussive trait, and both Knights have Hekaton siege claws that are Strength 6 and have Rending, with 2 attacks each. Hmm, not bad. I can't wait to field them!
They also have ionic flare shields that reduce the Strength of incoming attacks, and Blessed Autosimulacra that allows wounded Knights to recover a lost Structure Point on a 6+. Sweet! 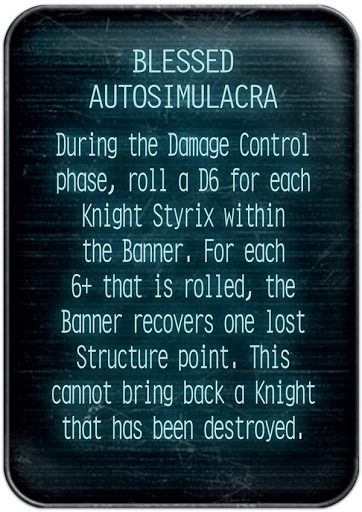 Interestingly enough, Knights Magaera have the Lightning cannon, which is Blast 3", Strength 5 and has Rending. Cool. 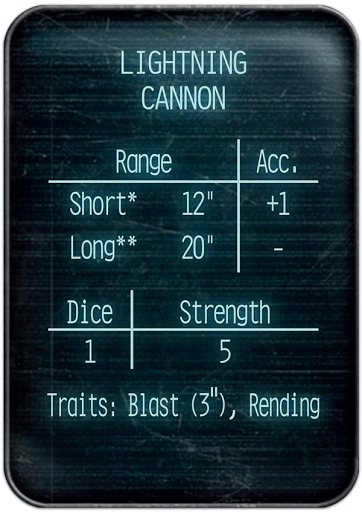 I'm sticking to my Knights Styrix, though. Because I love volkite weaponry. Still, it's interesting to see what the Knights Magaera have to offer (and I might just magnetize them). Their plasma fusils are Strength 4 at 2 attacks each, which is cool.
I have been looking forward so much to these Knights that I am momentarily able to snap out of my depression and post about them! I'll be eagerly awaiting their release and buy them once they are out. YAY! Knights of House Yato, we march!
Oh, as an aside, even during the midst of Corvid19, perhaps I might be able to join an Adeptus Titanicus campaign soon...
Posted by Tanaka Tomoyuki 田中友幸 (Real name: Tobias Fong) at 10/27/2020 09:28:00 AM