Just two days after I posted on how the Draconian Armored Force and the Imperial Knights of House Yato will march on to reclaim Cadia after ghe Great Rift, Warhammer Community shows up with a post on War Zone: Cadia. Coincidence much? No, it's one of the effects of the Great Rift awakening my dormant psyker abilities and now I can cast Prescience from the Divination table(wait, what?).

Long story short, Abaddon and his thirteenth Black Crusade smashed Cadia. Boohoo. On the other hand, the Imperium reinforced neighboring worlds and systems. Yay.  While the Imperium prepared to defend these neighboring worlds and systems, Chaos basically ran rampant and across the entire length the Imperium because...well, the Great Rift allowed them to do that. Thanks to that, not much forces remained around the Cadian Sector, because...well, plot. The renegades, warbands and Traitors all ran past the defenders to attack more vulerable worlds because they're too cowardly to face the valiant Imperium forces in direct combat.

So basically we have a large force of Imperial Defenders sitting around idly while waiting a coordinated Chaos second wave that may never come. So instead of sitting around, someone high up in the chain of command thought it'll be a good idea for the Imperium to retaliate and strike back instead, and RECLAIM Cadia! FOR CADIA! For the Emperor!

So we have a bunch of Space Marines supposedly rivaling Legions of old, entire Knight Households (you can bet that House Yato is one of them) and more than 200 regiments of Cadian Shock Troops all eagerly sitting around the Eye and waiting for a chance to strike back and reclaim the Cadian Sector. They are not alone. I already mentioned how House Yato is just one of the many entire Knight Households circling the Eye. They're reinforced by their retainer Imperial Guard regiment, the Draconian Armored Force. So the Leman Russ tank squadrons of the Draconian Imperial Guard will join their Cadian brothers in reclaiming the Cadian Sector, not matter how much of a price they have to pay in blood and steel.

I'll try to add a Psyker angle as effects of the Great Rift on the Draconian Imperial Guard. As I said, I'll be writing Mere Mortals in the summer, and the main plot focuses on the Draconian Armored Force and a single Imperial Knight from House Yato, as well as a Skitarii maniple, all working together to reclaim a plague-infected agri-world from the forces of Nurgle and the Death Guard. Far above, the Thousand Sons watch and wait. Whose side will they oppose? 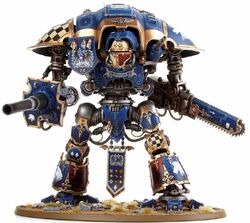 Remember that this agri-world is just one of the many worlds in the Cadian Sector to reclaim. The Indomitus Crusade has swung into full gear, and the armored fist of the Draconian Armored regiments will smash through whatever pitiful forces of Chaos that Abaddon left behind to defend the sector. Aided by the overwhelming power of the Imperial Knights of House Yato, and the arcane technological prowess of the Adeptus Mechanicus, the armies of Draconis are a force to be reckon with. But can they resist the inexorable plagues and virulent diseases of Nurgle and the Death Guard? And what of the engimatic Thousand Sons? Will they continue to torment the Imperium with their wizardry, or do they still hold a vendetta against the Death Guard? We'll find out.
Posted by Tanaka Tomoyuki 田中友幸 (Real name: Tobias Fong) at 5/06/2017 12:59:00 PM