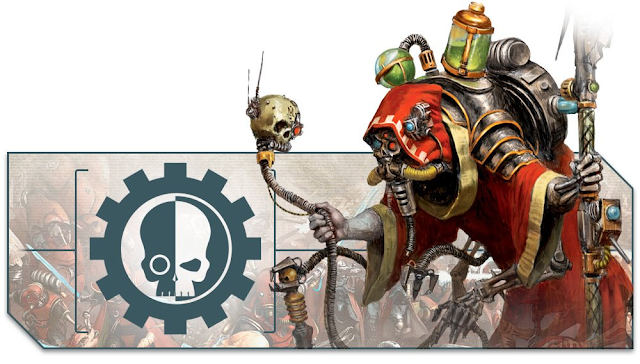 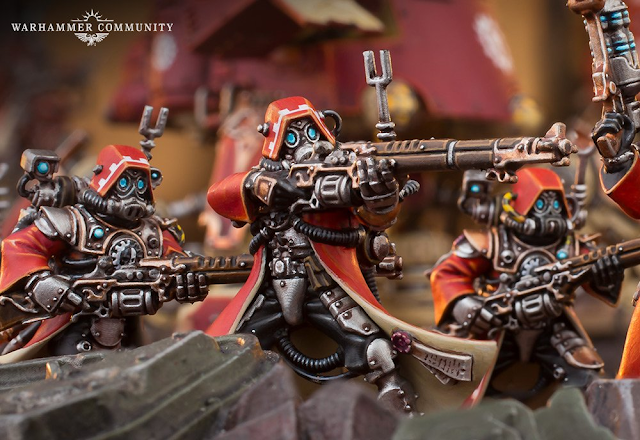 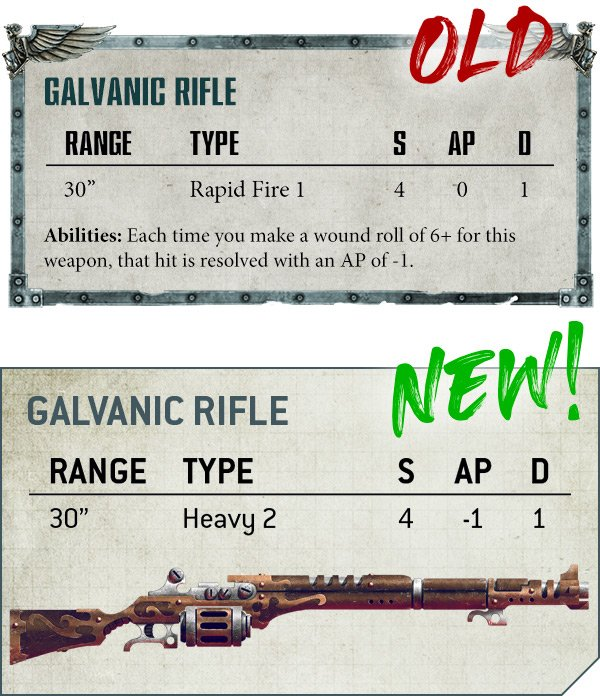 Damage is still 1, but I'll take the increased AP. It made no sense to me that back in 8th edition, our guns went from Strength 4 AP4 to Strength 4 AP0. It should have stayed at Strength 4 AP -1. But the change from Rapid Fire 1 to Heavy 2 is a nice touch. Thanks to 9th edition rules, Heavy just means a -1 penalty to hit, so we don't have to worry about snap shooting whenever we move. I've to say, this is one of the rules I like more about 9th edition than 7th edition/Horus Heresy. 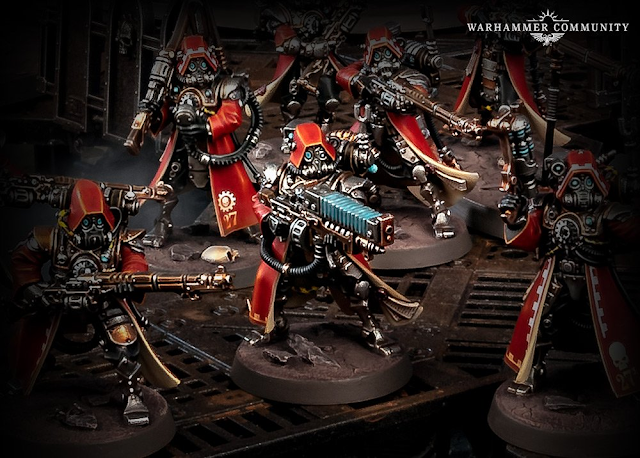 Well, I wasn't expecting this when I gave my Skitarii Rangers arc rifles. I only did that because the 24" rapid fire 1 arc rifles were more compatible with the 30" rapid fire 1 galvanic rifles than 18" assault 3 radium carbines (I preferred giving my Skitarii Vanguard 18" plasma calivers instead), but now it seems that my choice has been vindicated! 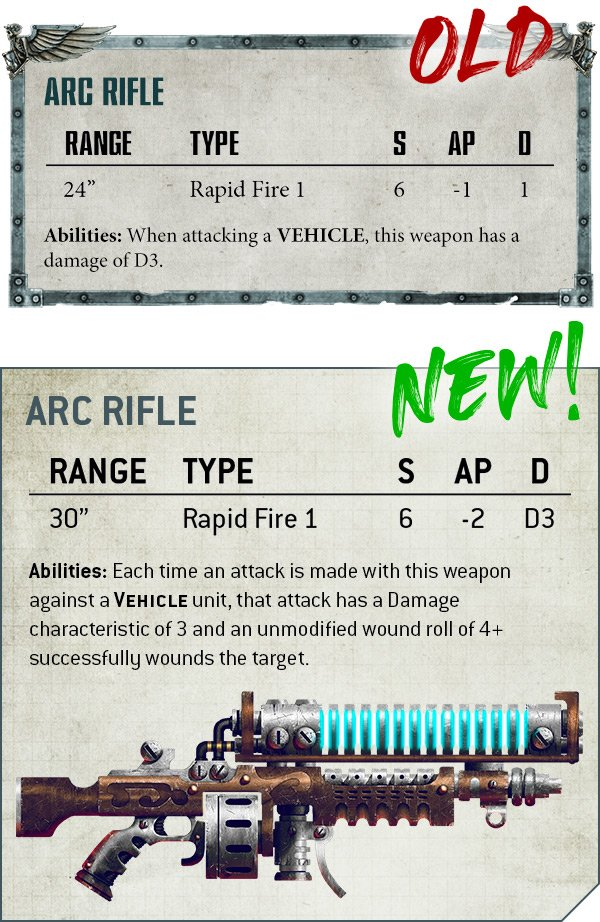 Yup, you read that right! Arc weapons now wound all vehicles on an unmodified wound roll of 4+, regardless of Toughness! It doesn't matter if I'm targeting a Toughness 7 APC or tank, or a Toughness 8 Imperial Knight, my arc weapons will be wounding them all on a 4+! That makes a lot more sense than before, because even at Strength 6, I used to wound vehicles on a 5+ if they were Toughness 7 or tougher. This solves a lot of problems for the supposedly anti-tank arc weaponry. Even better, the damage is now a flat 3 instead of D3 against vehicles, which makes them a lot more reliable in hunting tanks than before! I can't wait to field them now! Also, did you see how the range of the arc rifles increased to 30"? Now they are a lot better on Skitarii Rangers and are more compatible with their galvanic rifles than before! 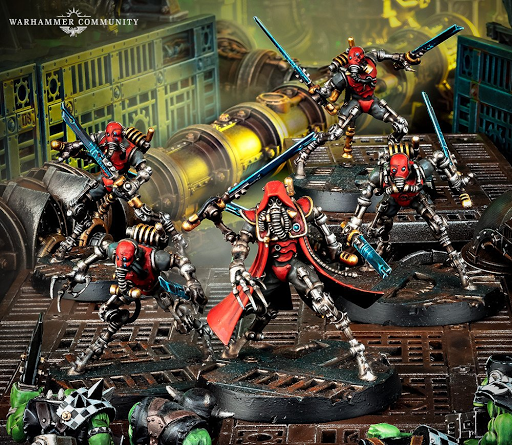 Transonic weapons have also improved, with transonic razors being AP -2 and transonic blades reaching up to AP -3! Nice, they can cut through Terminator armor now.

Cognis weapons are now Assault weapons, which means your vehicles can advance and fire them with a -1 penalty. So my Skorpius Duneriders can zoom across the table while still firing their Cognis heavy stubbers! Yeah, -1 penalty, but I'll take it in exchange for greater movement, I guess. Well, it depends on the situation, of course. But I'll take that option! 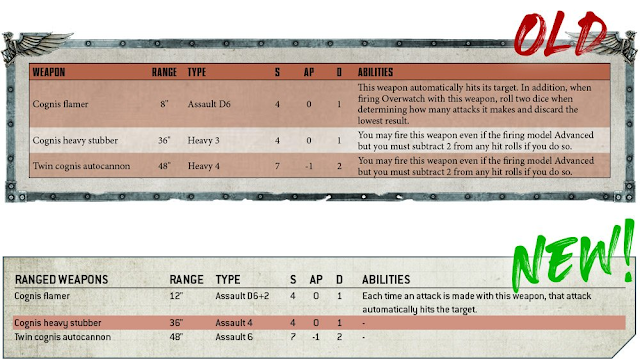 Also, did you see the increased number of shots for the twin Cognis autocannons? Not that I use them, so it's fine for me. On the other hand, I'm staring at the twin cognis lascannons in awe. 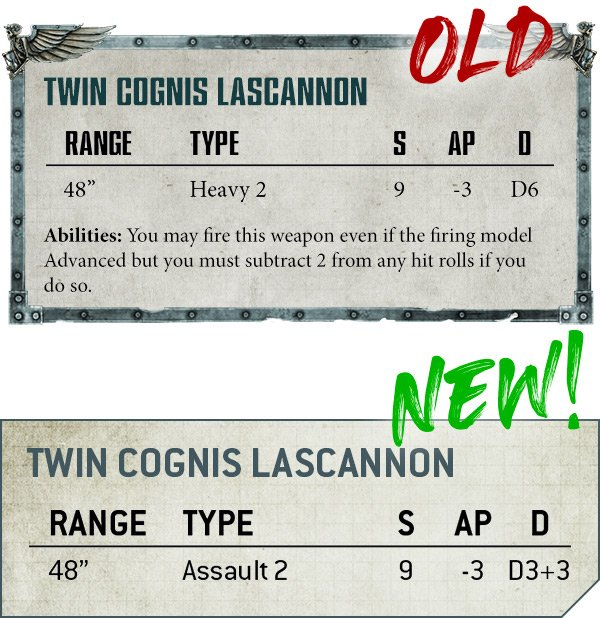 What in Holy Mars?! They deal a minimum of 4 damage now! That's amazing! My Archaeopter Stratoraptor just got a whole lot deadlier!

Kataphron Breachers also have similar upgrades. Obviously their heavy arc rifles probably got the same buff, wounding vehicles on a straight 4+ no matter how tough they are, but I don't know if they get better AP (they were already AP -2) and better damage. They used to do D6 damage to vehicles, probably a flat damage of 3+D3 maybe? Who knows? On the other hand, we know for sure that torsion cannons now deal D3+3 damage like the twin cognis lascannons and the range is 48". A vast improvement compared to before! 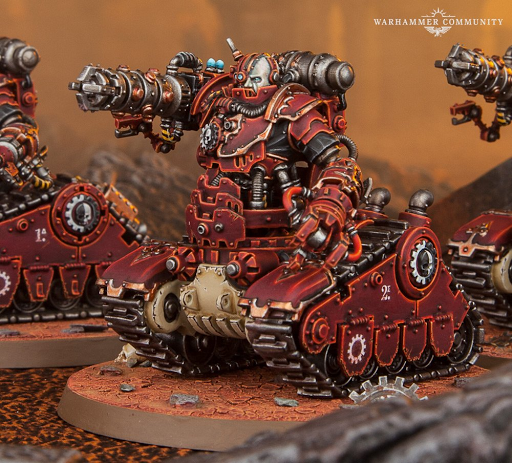 Now we can supercharge our plasma culverins on our Kataphron Destroyers without worrying about them getting slain on rolls of 1s! Instead, they just take a single mortal wound for each 1 they roll, so you don't have to worry about them blowing themselves up every time you supercharge. 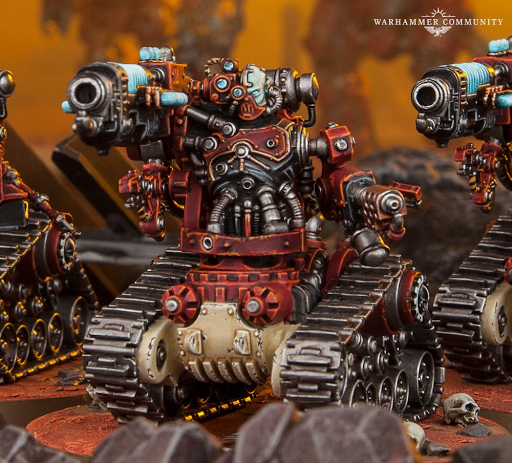 That leaves one burning question in my mind, though. What about plasma calivers? Will we get assault 3 plasma calivers back? Or are they still stuck at 2 shots each? Would be amazing if we get back the 3-shot plasma calivers we had back in 7th edition...but I won't hold my breath. Nonetheless, having seen all these changes, I'm excited to get my hands on the new Adeptus Mechanicus codex! WOOHOO!
Posted by Tanaka Tomoyuki 田中友幸 (Real name: Tobias Fong) at 4/13/2021 11:36:00 AM