Warhammer Community has posted a preview for the Astra Militarum! 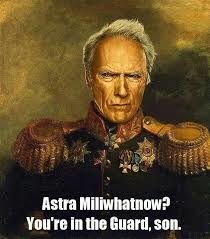 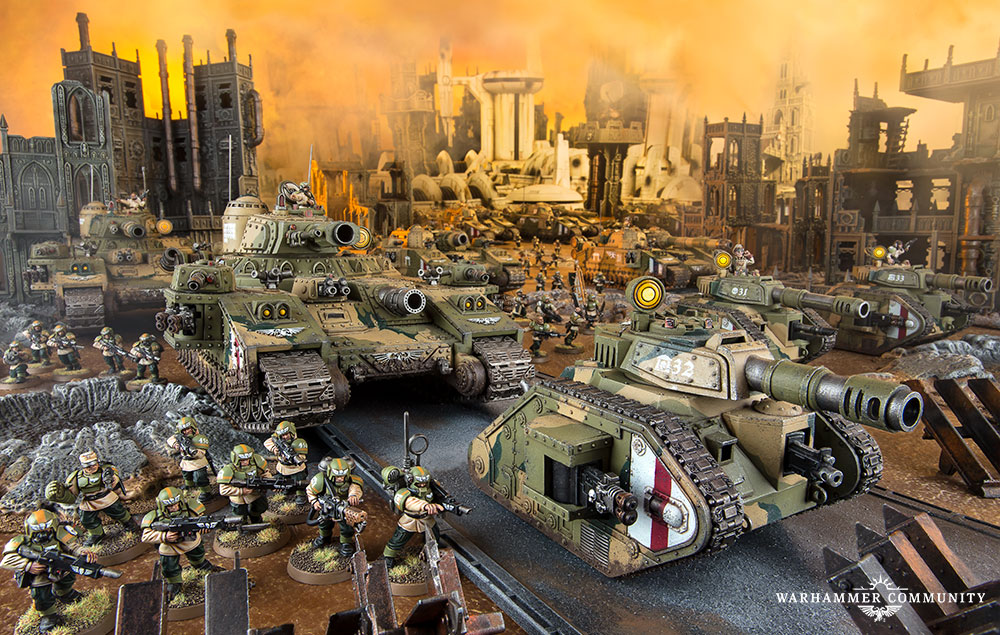 Anyway, first things up is...the new regimental doctrines! Just like the Space Marines before us, we can customize our own regiments and pick 2 different regimental doctrines. Needless to say, I'll either be sticking with the Cadian regimental doctrine, or picking the ones that benefit tanks. You guys know me by now, I play armored companies. So I will definitely either stick with my re-rolls of ones during the shooting phase (my Leman Russ tanks are all Executioner variants and I focus almost exclusively on plasma), or if they have better tank stuff for my dudes, then I'll go for them.

I don't know what's going to happen for Orders, though. If you choose your own regimental doctrines, will you get customized Orders, or you lose all those regiment-specific Orders for good? I guess we'll find out. 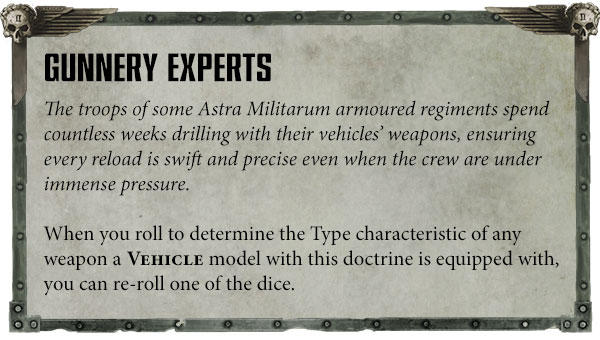 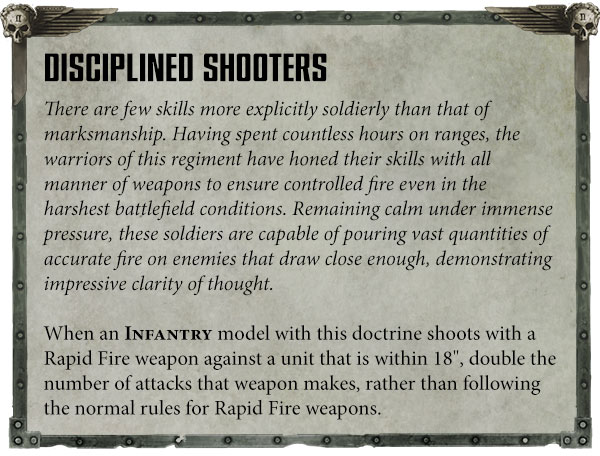 Gunnery Experts look awesome, and I'll take that if I can, but only if they have a re-roll of ones for my dudes. We'll see. Of course they have stuff for infantry, but...I don't really play infantry, so...let's move on to Tank Aces!

Oh, they gave examples of a tank company's regimental doctrines. There are 12, by the way, and they showed us 4 so far. 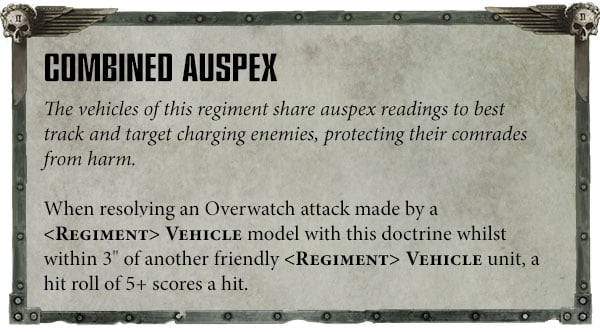 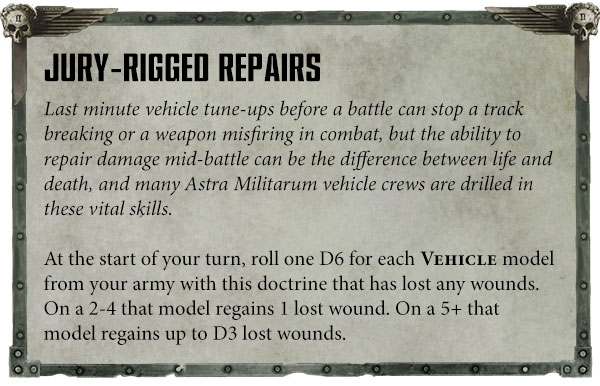 I know for sure I'll be using Jury-rigged Repairs if they have the re-rolls of ones, otherwise I'm sticking to Cadian. 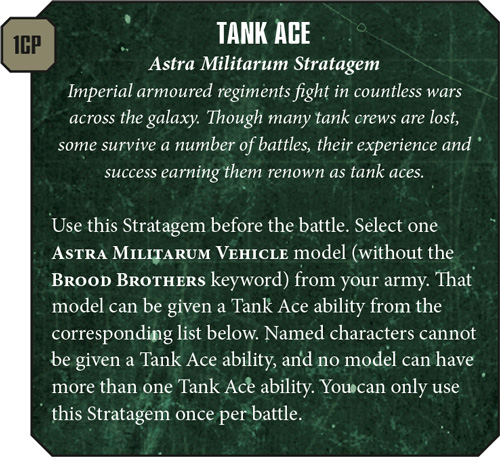 So you can have up to two Tank Aces per army! WOOHOO! 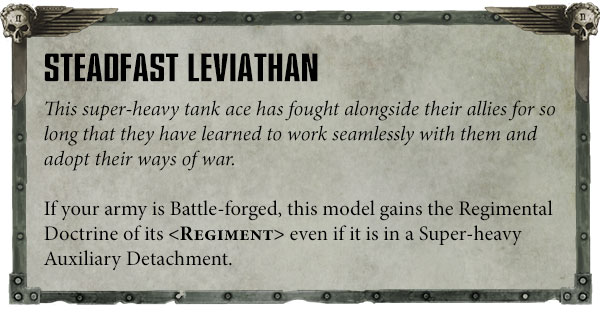 This...I'm definitely getting once I get my Stormblade. Yeah. WOOHOO!

They have new Stratagems, for the Hellhounds, for example. 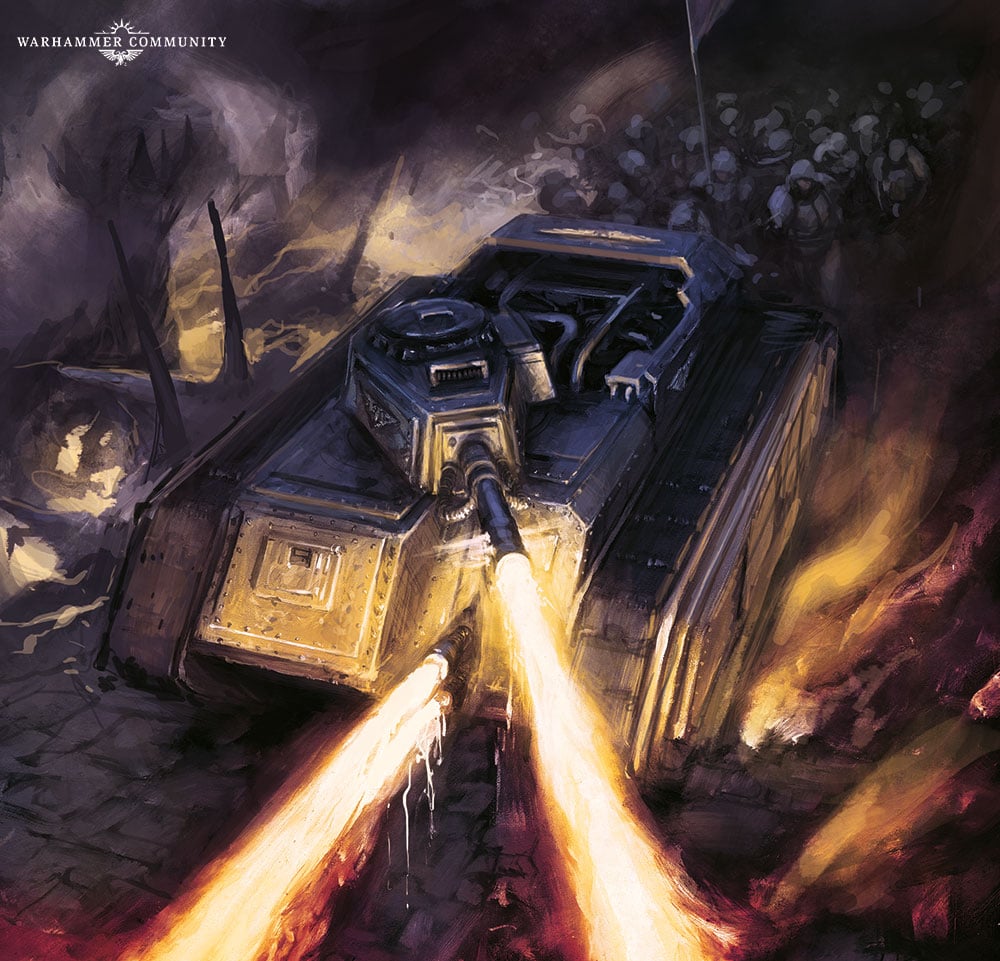 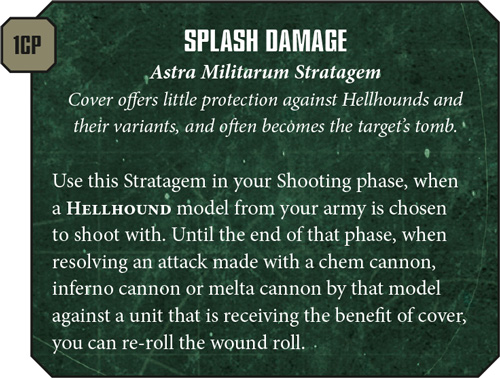 Cool! Except that I don't have Hellhounds, so... 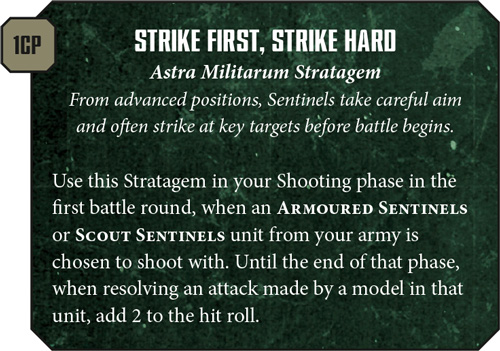 The Sentinels Stratagem looks amazing, and I might just throw in a unit of 3 Sentinels, just because.

Anyway, that's all for the previews, and I'll be back to cover the Ordo Tempestus tomorrow, especially since I have a small army of Kasrkin who counts as Militarum Tempestus!
Posted by Tanaka Tomoyuki 田中友幸 (Real name: Tobias Fong) at 2/06/2020 10:05:00 AM