Well, it's up for pre-order! The Acastus Knight Asterius, I mean. 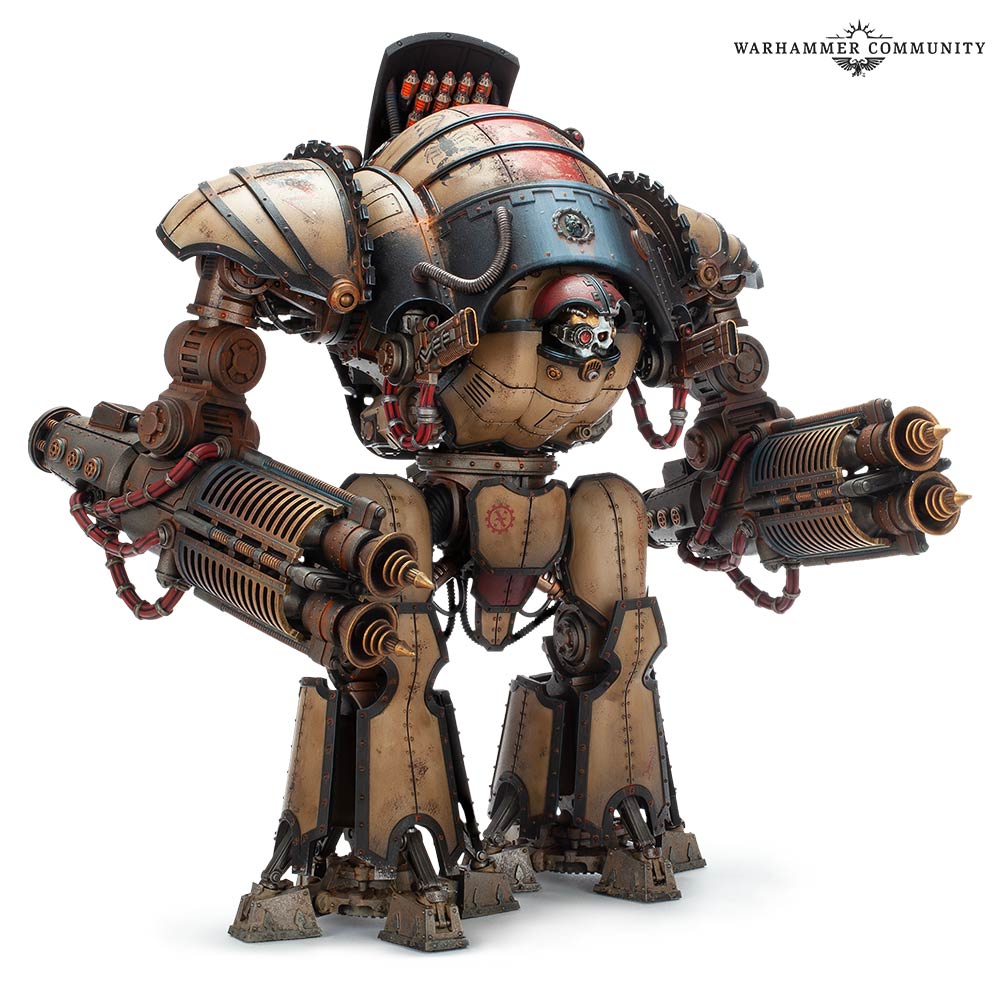 We already know the rules and stuff, thanks to them posting about it on Monday, so I won't repeat them. Nonetheless, you can check Warhammer Community for details. It's up for pre-order today, so if you've got the cash, whip out your chequebook and buy it. I won't, because I ain't got the money. Too bad. And I prefer the Knight Porphyrion in any case. 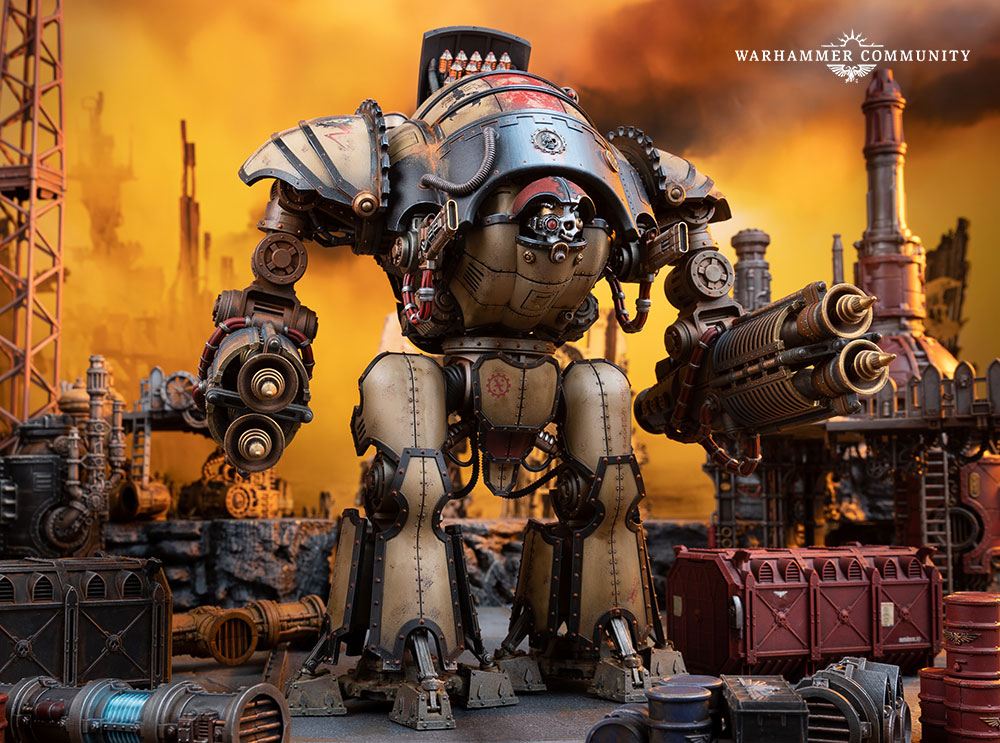 Oh, and on the Facebook page, there's a lot of 40K players asking for 40K rules. Right now it only has 30K rules for Horus Heresy, but that's it. However, keep in mind that they already announced in Warhammer Fest last month that the Acastus Knight Asterius will be getting 40K rules, so please be patient.

Regarding that, I think there's some need of clarification, so if I'm mistaken, feel free to correct me. From what I know, the Horus Heresy rules are written by Forge World (again, if I'm wrong, please correct me). On the other hand, I know for sure that the 40K rules are handled by the Games Workshop writing department, even the models from Forge World. Games Workshop has totally taken over all the rules-writing of all models for 8th edition, and this includes Forge World units. I think the last time Forge World had a hand in writing 8th edition rules was in the Imperial Armor Indexes in 2017. After that, everything has been Games Workshop alone. The Adeptus Custodes beta rules, for example, regarding the Forge World Custodes models, were handled by the Games Workshop team.

This is a rumor, so put a lot of salt on it (gathered from Reddit and a various bunch of sources). The Skorpius Dunerider is due out in mid to late July, and is rumored to come with a new, updated Adeptus Mechanicus codex, which includes the new units, Skorpius Dunerider, Skorpius Disintegrator, and Tech-priest Manipulus. Apparently there may be more units on the way, like the gigantic Chaos release with Vigilus, and another campaign, but I can't find any confirmation, so as usual take that with a pinch of salt. Oh, and Apocalypse might be released late June/early July, but again I have no confirmation of that.

What interested me the most is this rumor I read somewhere that the beta rules for Forge World Mechanicum models being ported over to 40K (meaning the Castellax battle-automata, Thanatar siege-automata, etc.) will be released alongside this massive Adeptus Mechanicus release. Again, I can't find evidence or confirmation, so take this rumor with a super-extra pinch of salt. And assume the worst, and prepare for disappointment. But I guess, it's human nature to hope for the best, eh? But according to the dude (who disappeared and now I can't find that rumor anywhere), the 40K beta rules for Forge World Mechanicum models will be released in around the same window as the huge Mechanicus release. If...there is a huge Adeptus Mechanicus release. There are conflicting reports that there may just be a release of the Skorpius Dunerider and its Disintegrator variant, and no Version 2.0 Adeptus Mechanicus Codex like we saw for Chaos (and no planned changes for the Tech-priest Manipulus points until Chapter Approved 2019). With just 3 units, there's no point updating a new version of the codex. Instead, the rumored "new" units is just the 40K beta rules of Mechanicum models from Forge World. Again, bear in mind that this is a massive rumor that requires a massive pinch of salt, and now that the guy has disappeared (along with his post), it's possible that 1) he's a troll looking for attention or 2) he's completely wrong and decided to delete his post because of his mistake.